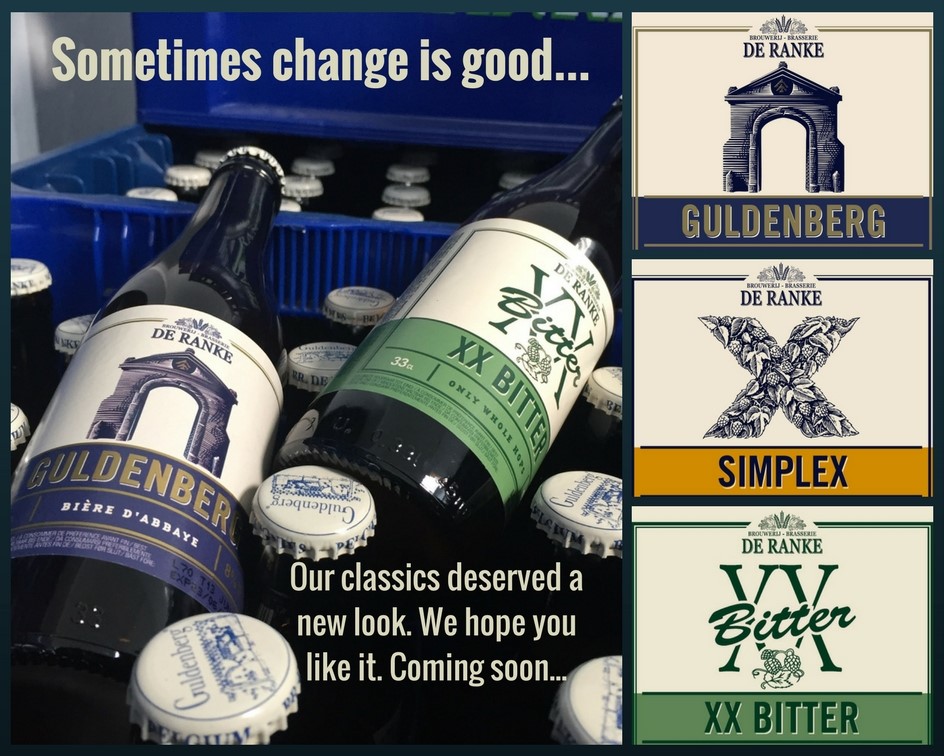 Brewery De Ranke’s beers XX-Bitter and Guldenberg have got a whole new look. Twenty years after their release, the labels of the two strongholds of the brewery have been completely redesigned. “We chose a clear and fresh graphic identity that remains familiar”, says Nino Bacelle.

A fancy label was never a priority for the founding fathers of the brewery, Guido Devos and Nino Bacelle. “Our first concern was, and is, the taste of the beer. That doesn’t change. But in all honesty, the labels for XX-Bitter and Guldenberg could do with some freshening up after twenty years”, the brewers admit.

The year 2017 has been the year for changes at Brewery De Ranke. The total capacity of the brewery has been augmented up to 10.000 hl, we launched three new and developed new labels. “With the launch of  Vieille Provision, Back to Black and Simplex earlier this year, we had a unique opportunity to create a strong graphic identity and carry it forward to our other beers”, they say.

Changing the labels for XX-Bitter and Guldenberg first, is a clear choice. Guldenberg was the first beer ever made in the brewery and was named after the Guldenberg-abbey in Wevelgem. The Westgate of the abbey is clearly recognizable in the new. Crowd favorite XX-Bitter has also gotten a more modern label, but the well-known logo gives it some familiarity. “Most importantly the taste and quality stay the same”, the brewers reassure.

The first bottles with new labels have already left the brewery and will be available soon. In the months to come, the labels of the other beers of Brewery De Ranke will also get an update.